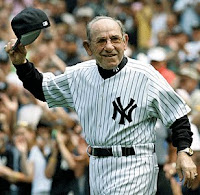 Jim Hassett’s post on Keys to New Business finally put me over the top on the whole Loss Leader thing (Jim was actually quoting a lawyer – so these were not his words). In my AFA role I have seen numerous examples of low-ball bids from law firms desperate to get the work in the door. These deals are consistently referred to in the market as Loss Leaders.

What is a Loss Leader? Originally this term applied to advertising items at a price below the actual cost (thus the loss) to ‘lead’ customers into the store and sell them other products. One example of this is the car advertised with monthly payments of $229. There’s one car on the lot that with $4000 down you can have for that payment (subject to your credit). The car you actually want (and end up purchasing) has a $500 payment. This concept was eventually renamed more appropriately as the “Bait-and-Switch.”

The Loss Leader concept then evolved to include pricing certain commodity items at a loss, with the full intent of having the customer simultaneously purchase other, high-in-profit products to offset the loss. Grocery stores do this with eggs and milk, which are placed in the back of the store, forcing customers to pass by and pick up the high margin items.

So how are law firms actually treating the Loss Leader concept? By pricing the non-commodity, high-end stuff at a loss. I would argue that M&A deals and complex, large dollar litigation cases would not technically fall into a Loss Leader category. This is akin to the car dealer selling Escalades at a loss, hoping you’ll buy … maybe some nicer wheels? Law firms using this technique are expecting the customer to be so happy they come back next year and buy another Escalade – at full price. The likelihood of this: Zero.

What law firms are actually doing is getting into price cutting wars. And they will be much better off if that see it as such and treat it accordingly. In the words of Yogi Berra, “The future ain’t what it used to be.” We’re not going back to full rate deals. Smart firms will face up to that – dropping the whole Loss Leader charade.