Every year after ILTA, I generously offer to publish the written version of my co-presenters talks here on 3 Geeks. This year Noah Waisberg’s written contribution wasn’t delivered to me until late November (nearly 3 months after we presented!!) and I publicly chastised him for his “much belated” contribution.

It turns out that Noah had a very good excuse for his tardiness.  He has been quietly working for the last several months on writing his magnum opus on machine learning. Noah is uniquely qualified to write this book.  He is the CEO and founder of Kira Systems, a machine learning contract review platform.  But more importantly,  Noah is the father of two small children. 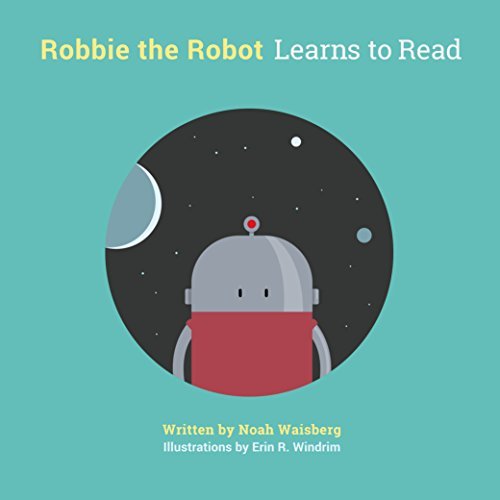 ******SPOILER WARNING!  SKIP TO THE SPOILER FREE TAG IF YOU WANT TO BE SURPRISED!******
Subtitled Machine Learning for Kids, Robbie the Robot Learns to Read is the inspiring tale of an illiterate robot who overcomes great odds to comprehend the texts in front of him.  Like any other ‘person’, Robbie ultimately succeeds with the help of his school teacher (a far-sighted tortoise named Ms. Snead) and the support of his new friend, Alex the owl.
Although, to be honest, if Alex was giving his advice to anyone other than a robot, he might be the villain of this story.  His advice boils down to:

“Just keep reading for examples, the words will make sense once you have enough samples.”

Not helpful Alex!  Although, in this case, it is exactly what Robbie needed to hear and eventually Robbie learns…

“after studying heaps, that you can know a word from the company it keeps.”

Robbie the Robot Learns to Read is probably the best children’s book ever written on the topic of machine learning. It rises far above it’s slender 250+ word count to accomplish what many longer, and less rhyme-filled, computer science treatises cannot. It is thoroughly engaging, informative, fun, and Noah assure’s me, it is absolutely, one hundred percent, a scientifically accurate representation of how machine learning works.  When asked for verification of this claim, a leading and reputable computer scientist replied:

And there you go. If you’ve got a particularly nerdy toddler, or a Luddite Law Firm Partner, on your holiday gift list, Robbie the Robot Learns to Read may be just the thing they need.

Personally, I can’t wait for the sequel: Robbie the Robot Gets a Really Boring Job in a Law Firm.

Although, that probably won’t be nearly as inspiring as the first book.

*3 Geeks does not receive any proceeds from sales of Robbie the Robot Learns to Read.