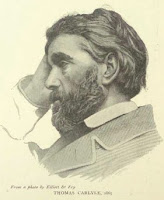 Well, gang, it is that time of year: tax season.Yeah, I know. There is one big collective groan from those now conscious after the New Year.But let me give you a little motivational story, full of inspiration and good cheer.We are living at the foot of the apex of the computer age.We are, for all intents and purposes, looking at a time in history which mimics the great Industrial Age with leaders like Carnegie, Rockefeller and others.Now, our gazillionaires, Zuckerberg, Gates, Buffet and Crowley, are mimicking their forbearers.Zuckerberg stepped up to the Giving Pledge, an organization created by Warren Buffett and Bill and Melinda Gates, promising to pass on the majority of his wealth to charity, joining George Lucas, Steve Case and others.A few days after hearing this news, I heard another story on one of my favorite radio programs: Engines of Ingenuity. Andy Boyd remarked on the “unbridled technological advancement” occurring during the mid 19th century.He asked, “Could society continue on its present course, or were fundamental changes needed?”Nineteenth century social critic Thomas Carlyle penned is response in his work, Past and Present.Yes, they could. By “denouncing their “vulturous hunger for fine wines … and gilt carriages,” they would rise to eliminate the “squalor,… hunger, rage and sooty desperation” of the working classes.I heard that one of the Foursquare co-founders also donated a substantial amount of his wealth (I can’t find the story now; so it is just fodder. But nice fodder).Seeing these young kids do this kind of thing gives me hope. Oh, yeah, I’m sure someone’s going to tell me their conspiracy theory or try slime all over my good feelings. Please. For now, keep it to yourselves. Let me enjoy myself for a moment. There are good people interested in making a better future. It inspired me to do the same in my own geeky way.So give. Give generously. Pick your favorite online charity, give money to Wikipedia or RefDesk or whatever. Heck, I don’t care who you give your money to. Just make sure that this planet keeps on spinning.After all, it could be tax deductible.