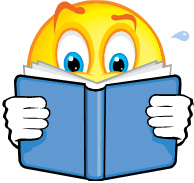 Last December we had a great response when I asked some of my closest Twitter Friends to help me compile a list of blog posts that they thought were “must reads”. I’ve decided to compile another list of “must reads” for the first half of 2009 using the same idea. I’ve gone back to my Twitter mates to ask them to submit some of the blogs that they either wrote or read that they believe others would also enjoy reading. Although most of the posts are things that got a lot of traffic when they were originally published, my favorites in this list are the “hidden gems.” Those are the posts that didn’t get a lot of traffic the first time around, but someone felt that everyone should have a second look at the post because they feel there is something relevant in them that didn’t get caught the first time around.

WARNING: This list is LONG! Back in December I was probably following about 800+ people on Twitter. This time around, I’m up around 2400+ and found that 85% are still active (meaning posting a least a few times a month.) In order for this list to remain about the same size as the December list, I’m capping it to about 150 “legal topic” posts this time (although, we’ve stretched the term “legal” in some of these posts).
In doing this, I’m integrating an unique math formula:

In other words, I went from my oldest to newest followers and sent a Direct Message via Twitter to them in that order. When I got to 150, I stopped. I’ll probably follow up at a later date with any that came in after the 150 mark. In December, we’ll do this all over again and list the best of ’09 part two!
Just like before, the list is in order from oldest to newest blog post. There were a few non-2009 posts that people liked. I placed those at the bottom of the list so that we could see the 2009 posts first. Surprisingly, there were no blog posts was only one post (Bill Marler’s Obama Eats a Burger) that got recognized twice (which did happen a few times on the previous list.) However, there was one blog that got a lot of people mentioning individual posts. Jordan Furlong of Law21.ca is Mr. Popular when it comes to writing good blog posts!
I’m linking to the blog post and noting the Twitter name of the person that suggested the post. If you’re not following the person on Twitter, you should! Hey, if they are following me, and I’m following them, they must be okay!!
Drum-roll please…. I now present the first half of 2009’s Must Read Blog Posts as submitted by the best folks on Twitter: